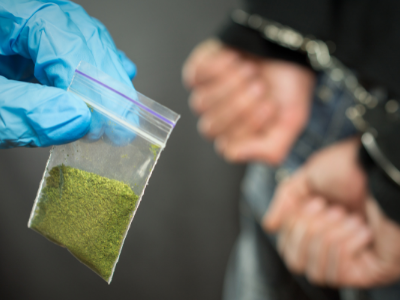 How a Kentucky Drug Trafficking Lawyer Can Help You

Arguably, drug trafficking is the most serious drug-related offense an individual can be charged with. The consequences of a conviction are substantial (potentially decades in prison). If you are facing these charges or think you soon will be, you need an aggressive defense focused on: (1) Identifying any potential Fourth Amendment violations for the suppression of otherwise incriminating evidence; (2) Preparing the best defense to your case based on evidentiary issues; and/or (3) Obtaining the minimum possible penalties in your case through effective plea bargaining with the prosecutor.

If you are suspected of being involved with drug trafficking, it’s crucial that you are represented by a highly experienced drug crimes defense attorney as soon as possible. Our Kentucky drug trafficking attorneys work hard to protect your rights at every step in your case by doing the following and more:

Is Drug Trafficking a Federal Crime?

You should know that even if your case seems hopeless and points toward a conviction, there are specific elements of the crime that the prosecution must prove beyond a reasonable doubt at trial to prove that you committed the crime, including that:

When you hire Stotts Law to represent your criminal case, we will hold the federal government accountable. We examine every defense possible to bring you the best outcome we can, no matter the severity of the charges you face.

Schedule a consultation with one of our experienced Kentucky drug trafficking attorneys today.

How To Establish Paternity In Kentucky

Top 11 Things To Know When Considering A Private Adoption

Here is a list of the Top 11 Things to Know When Considering Private Adoption. 1. We advise you to [...]