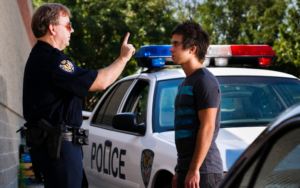 Most people know that DUI charges are serious, but they may not understand just how serious they can be unless they have one themselves. If you or someone you love was recently pulled over and charged with a DUI in Kentucky, there’s a long road ahead with many uncertainties. However, you can make that road shorter and smoother with the help of an experienced Kentucky DUI defense lawyer from Stotts Law. You deserve the best defense possible, and you’ll get nothing less than that at our firm. Don’t waste time—speak to a DUI lawyer who can help protect your driving privileges, your freedoms, rights, and interests as soon as possible.

What is DUI in Kentucky?

DUI stands for Driving Under the Influence of alcohol or any substance or substances which could impair normal driving mental and physical abilities.

According to the Kentucky Transportation Cabinet and Kentucky Revised Statutes, DUI extends to other substances such as illegal drugs, prescription drugs, inhalants including glue, gasoline, spray paint, and others, as well as over-the-counter medications.

Under Kentucky law, a driver can be charged with a DUI in one of six (6) ways:

For purposes of the DUI law, a “controlled substance” is any of the following:

In Kentucky, you can also be charged with DUI if you are operating a motor vehicle under the influence of a prescription and/or over-the-counter (“OTC”) medication if that drug or combination of drugs impairs your ability to operate (drive) a motor vehicle. You can also be charged with DUI for being under the influence of marijuana. Like controlled substances, there is no legal limit for prescription or OTC medications or marijuana.

What are the consequences/penalties of a DUI conviction?

It is important to remember that a DUI conviction is a criminal conviction, the consequences of which range from jail time, a license suspension, mandatory community service and rehab, and hefty fines/fees. If there are facts that make the DUI more serious, known as aggravating circumstances, the penalties will increase.

If it is your first DUI conviction, your penalties will include: a fine of $200 to $500, 48 hours to 30 days in jail, and a license suspension of 4-6 months. One convicted of a DUI may ask the judge to impose community labor instead of jail time or a fine, or both.

For every subsequent DUI conviction in a 10-year period, the penalties increase.

For a second offense DUI, the penalties include: a fine of $350 to $500, 7 days to 6 months in jail (minimum of 14 days in jail if any aggravating circumstances are present) and a license suspension period of 12 to 18 months.

For a third offense DUI, the penalties include: a fine of $500 to $1000, 30 days to 12 months in jail (minimum of 60 days in jail if aggravating circumstances are present), and a license suspension period of 18 to 36 months.

Finally, for a fourth or subsequent offense, the penalties include: the crime is charged as a Class D felony (rather than a misdemeanor), a fine of not less than $1,500, and at least 120 days in jail (minimum of 240 days in jail if any aggravating circumstances are present).

When you hire a skilled Kentucky DUI defense lawyer, they will examine all the details and circumstances in your case. Based on their findings, they will identify the best defense for your charges. Potential defenses might include:

In addition to negotiating the best plea bargains imaginable for our clients, our attorneys have had DUI cases dismissed due to evidentiary issues, constitutional violations, and more. Moreover, our attorneys have won multiple DUI trials, including trials where the Defendant was charged with a 2nd or greater DUI offense.

If you or someone you know was recently charged with a DUI, you should call an experienced Kentucky DUI defense attorney as soon as possible after your DUI arrest. The sooner you have an attorney on your side, fighting for your rights, the better chances you have at a positive outcome. Schedule a consultation with the Kentucky DUI attorneys. We have flexible appointments and provide every client with close personal attention.

How To Establish Paternity In Kentucky

Top 11 Things To Know When Considering A Private Adoption

Here is a list of the Top 11 Things to Know When Considering Private Adoption. 1. We advise you to [...]